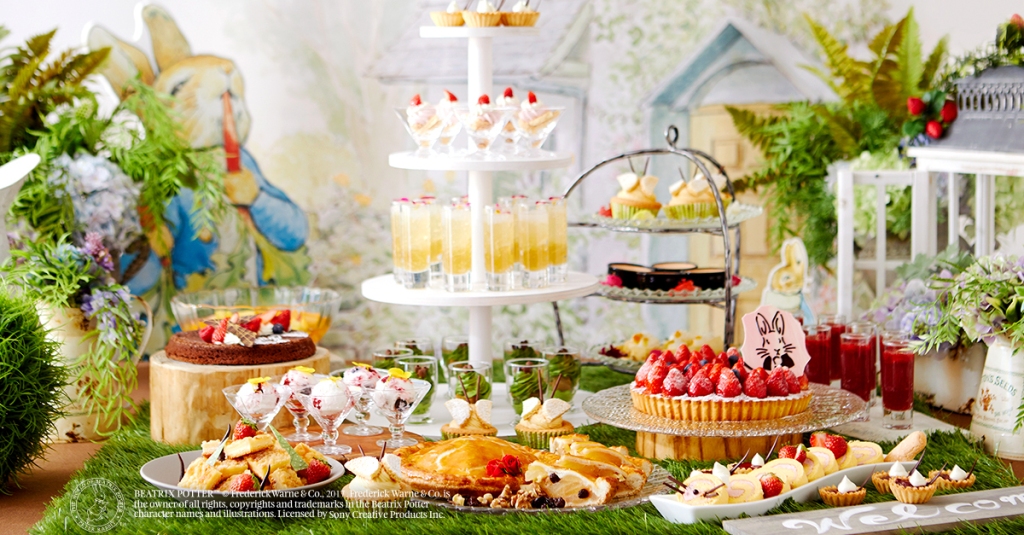 TOKYO – Keio Plaza Hotel Tokyo, one of Japan’s most prestigious international hotels located in Shinjuku, Tokyo, celebrates the 150th anniversary of the birth of Beatrix Potter, the British author who created the famous series of children’s stories about the fictional character Peter Rabbit, by hosting a special event entitled “Peter Rabbit™ Hotel Carnival.”

During the course of this event to be held through June 30, 2017, special desserts created in image of characters from the story of Peter Rabbit will be served in All Day Dining Jurin’s sweets buffet.

Moreover, special Peter Rabbit-themed menus will be served at Keio Plaza’s other restaurant facilities. In addition, special photo spots of various Peter Rabbit characters will be set in the second floor restaurant corridor for guests to take pictures of and enjoy.

Beatrix Potter first created the character “Peter Rabbit” in 1893 in a picture post card sent to a five year old child, and later wrote the children’s story “The Tale of Peter Rabbit”. The story depicts the playful lead character Peter Rabbit playing in gardens in the picturesque countryside of England, and is still read around the world even today over 100 years after its original publication.

“The Tale of Peter Rabbit” is also said to be recognized by nearly 100% of Japanese women over the age of 45 years. The “Peter Rabbit™ Hotel Carnival” event is one of a series of special events designed to commemorate famous stories such as “Alice’s Adventures in Wonderland,” “The Little Mermaid” and others hosted by the Keio Plaza Hotel in recent years, and is part of the Hotel’s policy of providing unique experience to its guests.

There was an error retrieving images from Instagram. An attempt will be remade in a few minutes.