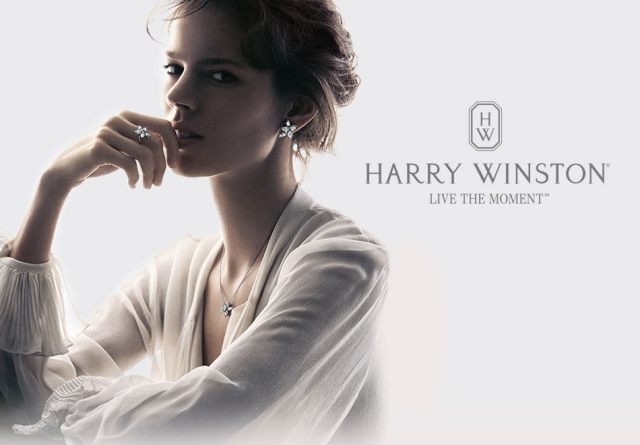 SWATCH GROUP‘s decision to buy HARRY WINSTON earlier this year was hardly a surprising one.

The company’s decision to team up with TIFFANY & Co. indicated that the group had a clear strategy in mind with respect to the jewellery (and jewellery watch segment) and the subsequent demise of the joint venture meant that SWATCH GROUP could either buy TIFFANY outright or that it would focus on the next in line.

The first option could be ruled out as Tiffany would have forced the group to resort to lending (something the group is allergic to) and as there would have been a clear cultural clash in the subsequent phases of integration.

In a sector where there are scarce opportunities to buy well established, renowned brands, the only other option in our view was HARRY WINSTON.

Despite statements made by Nick Hayek that jewellery was not protected by the Made in Switzerland denomination but was rather a world inhabited by French, Italian, Indian and Chinese players the truth goes beyond this.

High-powered brands in the fine jewellery industry can be counted on a single hand.  CARTIER is so powerful that is has only itself to fear and we do not believe that Mr. Rupert will allow its most powerful asset to rest on its laurels.

He remains active in the Board, and has surrounded himself with an all powerful guard: M. Lepeu (extensive managerial and financial expertise), M. Fornas who had been the CARTIER CEO for several years and clearly a major contributor to its success, and M. de Quercize (now at the helm of CARTIER) who has been even more impressive in driving the rejuvenation of VAN CLEEF & ARPELS and perhaps been the most successful brand manager, having successfully inbued the brand with an impressive aura based on love, magic, colours and youth (thus attracting the younger purchasing generations in Asia).

All things considered, RICHEMONT  has been the exceptionally successful in developing its position in the high jewellery industry and over the past five years, creating exceptional value to its shareholders in the meantime. One must consider, however, that VAN CLEEF & ARPELS  success has also come down to the emerging structure that is RICHEMONT .

Jewellery launches have arguably been spectacular, however we think that it is the new watches introduced by the company that have been an amazing success.  This again comes down to the understanding that watches are a fantastic opportunity to display two (or more) arts in one: watchmaking (mechanical art) and jewellery making (as well as other various arts including enamelling).

The decision to integrate more ‘art’ into its watches is a strategy that we assume may have been conceived by Mr. Cologni, one of the major experts in this field (see the two books we recently reviewed!).

VAN CLEEF & ARPELS watches have appeared in front pages around the world, (indeed the author is currently looking at a picture of the Pont de l’Amoureaux in an airline magazine).

Although not recognisable to many, the watch is indeed a piece of mechanical art – whose expertise comes from both within the increasingly deep pool of horological skills within developed by the group and from Geneva’s best (high end) complicated movement manufacturers.

Quite clearly, however, one must also not forget that the wide (financial and organisational) shoulders afforded to VAN CLEEF & ARPELS have also been one of the key, if not the key assets for VAN CLEEF & ARPELS as it has given the brand the time to research its archive, develop new attractive designs, open new stores, and enter new markets using the compay’s tried and tested, near-global infrastructure etc.

The fine jewellery market is effectively the realm of Cartier (the King of Jewellers and the Jeweller of Kings) and VAN CLEEF & ARPELS, but we would add, one should not forget PIAGET .

Though its history is firmly entrenched in watchmaking these recent decades have seen PIAGET  become a credible player in the Fine Jewellery industry, with some impressive collections and marketing campaigns.  So RICHEMONT really does lead the way in this field, and the common thread for all three brands is that they have bet strongly on the watch collections. 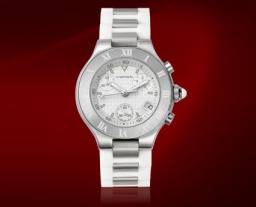 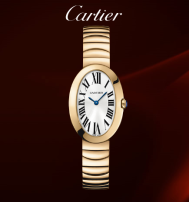 Cartier Pasha collection (left) and Cartier Baignoire Collection (right)
Overall we think that CARTIER and VAN CLEEF & ARPELS have strengthened the value of their brands massively.   Where is this strengthening most transparent?  We think that one of the best indications of this (aside from the stock market) are magazines  that are viewable the world over:  Auction Catalogues. Which jewellery brands appear the most?  We would argue CARTIER (by far) VAN CLEEF & ARPELS (increasingly) BULGARI (much less) Tiffany (its history still reflects its fine jewellery cachet despite the fact that most of its collections are accessibly priced.